Arsenal, You Have Laid Your Bed, Get Ready to Lie on it 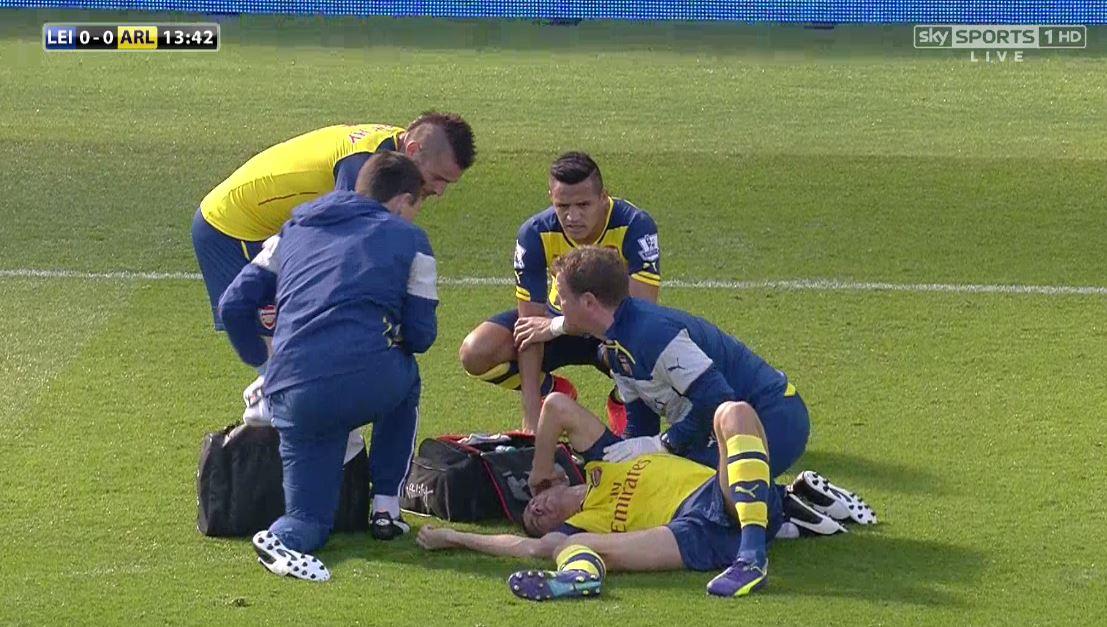 Arsenal’s skipper, Patrick Vieira, scores the penalty that hands the Gunners the FA Cup trophy after a pulsating encounter against fierce rivals, Manchester United. The next season is really special for everyone connected with the club – the club are finally going to wave their goodbyes to their eternal home ground, Highbury, and will be looking to the future as they play at their new ground, Ashburton Grove, or Emirates Stadium, as we know it.

The Premier League campaign in the 2005/06 season was dominated by Chelsea with Arsenal battling hard with Tottenham for the final Champions League slot. The highlight of the season was undoubtedly the Gunners’ European campaign that ended up in heartache as they lose out to Barcelona in Paris. As the seasons progressed, there were near misses like the 2007 Carling Cup final loss to Chelsea, the unfortunate 2007/08 Premier League title challenge, the 2009 FA and Champions League semifinal stints and then of course, the excruciatingly painful Carling Cup final loss to Birmingham City in 2011.

Nine years without a trophy. The opposition fans taunted, abused and did everything they could to any Arsenal fan they could get their hands on. We persevered. But after a long wait, the Gunners had a date with destiny on May 17, 2014, as they played Hull City to get a great chance of winning that elusive trophy that would get the monkeys off their backs. They did it in grand style – coming from two goals down to win in extra time. The stuffs dreams were made of.

Belief was restored. The players gained some confidence as some went to represent their nations in the World Cup while others went for long holidays with loved ones. With the World Cup serving as a good distraction, it was glaring that Arsenal needed to do some business in the transfer window,

From the listed points above, Arsenal needed at least five players that were to add to improve the squad but the fans hoped for qulaity as well as quantity.

Bam! In rather shocking fashion, Alexis Sanchez arrived from FC Barcelona. This got the players and fans alike buzzing alike buzzing at the prospect of such a wonderful marquee signing. His attacking instinct would come in handy, bearing in mind that he just came of a 21-goal campaign in La Liga.

Sanchez has scored twice for his new team

Shortly afterwards, Sagna’s replacement arrives in the form of Matt Debuchy that was the real deal while whispers about Serge Aurier and Seamus Coleman served as good smokescreens. With the Gunners linked with a move for Calum Chambers, one wondered what the future held for Carl Jenkinson and the fans got that answer when Chambers was signed and Jenkinson was booted to Sam Allardyce’s camp. Arsenal really meant business.

But hey, what about the goalkeeper, center back and DM we are clamoring for? Arsene Wenger answered the first part of the question by swiftly swooping for Colombian shot stopper, David Ospina, from OGC Nice. Young, energetic and ready to fight Wojciech Szczesny to be No. 1, not some Matt Poom-esque fella that would be content seating on the bench and earning a fat paycheck.

Then the defensive midfielder links started hitting the back pages with full force – Sami Khedira, William Carvalho, Adrien Rabiot, Morgan Schneiderlein, just to name a few. The fans waited and kept on clicking the F5 button on Arsenal’s official site hoping to see articles like ‘Arsenal signs Mr. X‘ but all they saw were stuff like ‘Wenger – Chambers can handle pressure’, ”Wenger – Giroud is getting better every year’, Szczesny – I’m relishing Ospina’s competition’ and the whole nine yards.

The preseason campaign started with full flow and with the World Cup stars given extended breaks from their exertions, the fans witnessed some hot and cold performances – a sign of things to come. Then out of the blue, the captain leaves for the sunshine of Spain, so signing a center back was paramount. However, Nacho Monreal played a couple of games in that position – little did we know that it was probably an audition for the position when injuries or suspension strike.

Following the fantastic Community Shield victory over Manchester City, the Gunners struggled to assert themselves against Crystal Palace. The dounle-legged tie with Besiktas was sandwiched in between an away clash with Everton but on the day the Gunners battled hard to earn a creditable draw, disaster struck – Giroud fractured his tibia and following a successful surgery, he was diagnosed to be out for at least four to five months.

This meant that in addition to finding a replacement for the Verminator, the Gunners needed to also signing a new striker to deputize in Giroud’s stead and on the back of Yaya Sanogo’s performance against Leicester City, it became glaring that the Gunners needed a new man to line the line, as Wenger clearly lost faith in Lukas Podolski and Joel Campbell.

The transfer deadline day came upon us yesterday and Arsenal fans watched as players move to and fro with the biggest transfer news being Manchester United’s pursuit of Colombian goalscoring sensation, Radamel Falcao. The minutes turned to hours as the Gooners kept waiting. Would we do another Ozil? Which center back is coming in? Any slight hopes of that DM? Who’s Giroud’s replacement?

With speculation rising that the Gunners were keen on signing Danny Welbeck from Manchester United, the fans took to social networking platforms to air their mixed opinions and when I listened to Sky Sports report that the Gunners requested for an extension to finalize the deal for Welbeck, I was stunned. Seriously, with the club in dire need of a center back and a center forward could take the team to the next level, the best we could muster was a Manchester United reject?

But as we would have it, Welbeck is now an Arsenal player and as long as he’s now wearing the sacred Red and White, I’d give him my full support. He had his breakthrough in the 2008/09 campaign and he has scored 20 goals in 90 appearances for the Red Devils with 10 of them coming last season. He has also won 25 caps for the England national team, scoring eight goals.

With Welbeck now serving as the new attacking option in place of Giroud, one would wonder why the Gunners failed to secure a new center back with the departure of Vermaelen and Ignasi Miquel. Yes, the attacking options are ‘great’ but when things are still shaky at the back personnel wise, all the good works of the attackers would count for nothing. The first goal Arsenal conceded this season was a headed effort from Brede Hangeland and when you watch the goals conceded against Everton, you may want to rip off some parts of your hair from your head with your hands. The kind of space Coleman was allowed was bewildering and the way the defense imploded to that Romelu Lukaku-led counter attack raised a few eyebrows.

The defense did well in the double-legged tie against Besiktas but there were moments, especially in Turkey, when hosts carved the Gunners defense open but their finishing let them down. Just last weekend at the King Power Stadium, Koscielny suffered a gashed head and going for an aerial ball with Schlupp and if there was a “Vermaelen” on the bench, he would have replaced the injured Frenchman almost immediately but looking at only Chambers as his alternative, Wenger chose to allow Koscielny to stay on the pitch and play a role in the goal conceded before he took him out for Chambers eventually.

Chambers has done really great since he joined but there have been moments when his inexperience has been exploited but as a young lad on a steep learning curve, things can only get better for him. But with the Gunners failing to sign Vermaelen’s replacement, it seems more than likely that Mertesacker and Koscielny are going to play a lot of games this season and we as fans can only hope that they would stay fit.

While I’d laud Arsenal’s transfer dealings early in the summer, I’d regard the club’s exploits on transfer deadline day as a failure as they failed to secure players in the positions that were obviously required to be filled. Bearing in mind with the way Arsenal’s rivals strengthened their own teams, one must wonder if the Gunners really have the squad that would challenge on all fronts this season.

Arsenal, you have laid your bed, get ready to lie on it.