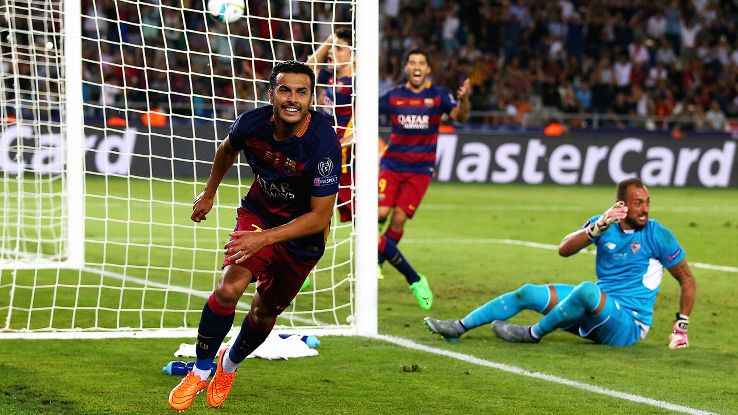 Has he scored his last goal for Barcelona?

Sometimes it just better when you watch a game as a neutral. No attachment whatsoever to the teams that are playing – just plain ol’ football. Take the game against West Ham for instance. I almost removed the hairs on my head when I heard the score line and I would have hit my head on a wall a couple of times in disappointment but the Manchester United and Chelsea fans spent all day trolling me.

So I heard that Barcelona were going to play Sevilla in the UEFA Super Cup final and I decided to give it a go. As you’d expect from the reigning European champions, they lined up pretty much the same squad that brushed aside Juventus two months ago in Berlin with the only exception being Rafinha Alcantara replacing the injured Neymar when a fully-fit Pedro Rodriguez was available for selection. In the wake of the speculation regarding Pedro’s future at the club, leaving him out on the bench only added some fuel to the fire that he’s about to leave Nou Camp.

It was nice seeing ex-Gunner, Jose Antonio Reyes, lead the Sevilla players out, with that his hair that reminds me of Mikel Arteta. The game sprung to life when Ever Banega curled in a free kick that left Marc-Andre ter Stegen rooted to the spot. Lionel Messi showed his mastery of the dead ball with a lovely executed free kick that went above the wall and crept into the net. 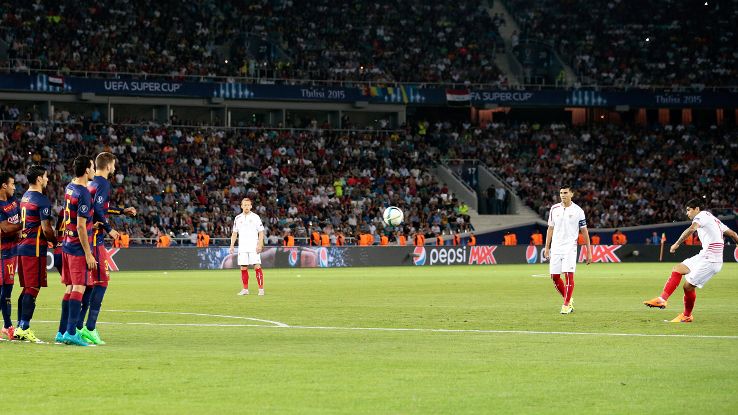 As if we hadn’t seen enough free kicks for one day, Messi curled in another free kick that hit the back of the net.

Sevilla tried to get themselves back but another quick counter attack saw Barcelona extend their lead through Rafinha. Luis Suarez was clean through on goal but the goalie, Beto, did well to parry his effort. The Uruguayan latched onto the loose ball and sent a Mesut Ozil-esque pass to Rafinha’s path and all the youngster had to do was to poke the ball home. Three goals for Barcelona changed to four when Suarez received a neat pass and did what has become his habit – nutmegging a fellow professional.

At 4-1, the game looked done and dusted from a Barcelona perspective but Sevilla put up a valiant fight and turned the game on its head. Reyes fired in a cross to make it two goals to the good. An error from Jeremy Mathieu afforded Kevin Gameiro a chance to hit one in from 12 yards and with Gameiro’s ball going in, Barcelona looked really shaky at the back because the momentum was heavily with Sevilla. From a neutral perspective, I wanted a fourth Sevilla goal and I got my wishes when Eugene Konoplianka side-footed Ciro Immobile’s drilled pass.

Barcelona was rattled and the wind was in Sevilla’s sails. For a side that struggled defensively and put up a great attacking shift, it required a lot of effort from the lads and the game went into extra time. I was hopeful for a penalty shootout but with five minutes to spare, Pedro scored the goal that effectively ended the tie.

Credit to Sevilla for putting up a good fight, but for a neutral like me, it was a great game of football.