Could Zlatan Ibrahimovic fire Arsenal to the Premier League title next season?

At the end of the season, Paris Saint-Germain striker Zlatan Ibrahimovic will be a free agent and there have already been plenty of rumours linking him with a move to the Premier League. Manchester United and Chelsea have both reportedly shown interest but it could be the Gunners who get the 34-year-old after this summer’s European Championship.

This was supposed to be Arsenal’s year. The Gunners signed Petr Cech from arch-rivals Chelsea and many believed Arsene Wenger’s men would go on to lift the Premier League title. However, it hasn’t quite panned out that way and the Gunners are now in a battle for a place in the top four once again.

But if truth be told, the Gunners aren’t too far away from the title. One world class striker – that MUST be their number one priority this summer, as well as cover for Francis Coquelin in midfield. If they don’t invest heavily in a talented centre-forward, they will fail to challenge for the Premier League title – it’s as simple as that.

In the build-up to next season, you can keep up to date with all of the latest transfer news and gossip at Bookies.com online, as well as various articles ahead of the upcoming campaign. In addition, Gunners fans can read up on Ibrahimovic’s performances at this summer’s European Championship as Sweden will feature prominently throughout the competition. 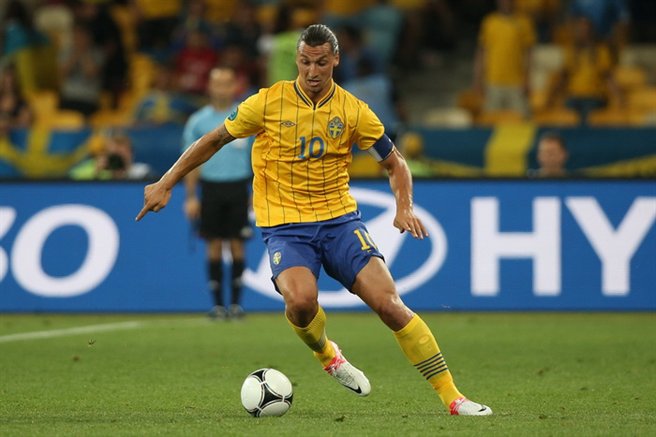 And while Arsenal fans will be hopeful of transfer activity, they won’t be getting ahead of themselves after recent windows. Since signing both Mesut Ozil and Alexis Sanchez, the Gunners have failed to make a major impact in the transfer window and many supporters have accused the club of caring more about the business side of things than winning a first Premier League crown since 2004.

The Gunners won back-to-back FA Cup trophies in 2014 and 2015 but they failed to reach the latter stages of this year’s competition. Bookies.com’s tipsters suggested that Wenger’s men may win an incredible third successive FA Cup but unfortunately for Arsenal’s supporters, they just haven’t been clinical enough in the final third.

However, with Zlatan Ibrahimovic in attack, they will have that world class talent they’ve been longing for since the days of Thierry Henry. The 34-year-old is highly sought after and Arsenal will have to do all they can to ensure he moves to the Emirates Stadium this summer. If nothing else, Ibrahimovic remains an exceptional talent and right now, he’s available on a free transfer – which will appeal to the Arsenal board.

Will he be an Arsenal player? Only time will tell. If he is, then Arsenal will be well placed to finally get their hands back on the Premier League crown. They are quite literally a world class striker away from challenging for glory and Ibrahimovic’s experience could be crucial to the Gunners’ hopes of victory AND saving Arsene Wenger’s job – if he stays at the Emirates for another season.

This article was written by Ray Hobbs of Blue Note Marketing

From title challengers to another scrap for fourth place.

It’s pretty much familiar surroundings but it’s more disheartening with the fact that the clubs above the Gunners aren’t the usual suspects, Manchester United, Chelsea and co. Taking nothing away from Leicester and Tottenham that have been very efficient this season, but Arsenal has been terribly disappointing and it’s really sad to see how the campaign has turned into yet another shitefest after promising so much.

Crystal Palace aren’t in the best of form and the game proved that they would have been content with one point. They have been one of the poorest teams in 2016 winning just one league game against Norwich in the calendar year. Arsenal would have played Palace again at Wembley but the shock loss to Watford in the quarterfinals ensured that it was going to be another campaign without silverware.

The game itself had a dull outlook with the Gunners probing as always but there was no cutting edge in their play. There were a couple of half chances here and there from the likes of Mesut Ozil and Danny Welbeck but as always, finishing became a problem. Alexis Sanchez was a live wire with the ball and he always seemed like he wanted to make things happen. He was justly rewarded for his hardwork with a nicely improvised finish from a clipped Welbeck pass and he would have gotten a second on the night when he headed Ozil’s clipped pass just wide.

Against the run of play, Yannick Bolasie had a run on the left hand side and should have been blocked by Gabriel Paulista but the Brazilian watched by as the Congolese midfielder exchanged passes with pantomime villain, Emmanuel Adebayor, before blasting a shot that whizzed past Petr Cech in goal. In all honesty, it looked like a ball I expected the goalie to save but he just fluffed at it and the visitors were level.

The introductions of Olivier Giroud, Aaron Ramsey and the ineffectual Theo Walcott did nothing to help the Gunners cause as they lost further ground on the leading pack. To make things worse, there were victories for both Manchester sides, making the battle for third / fourth place more intense.

The game in hand against West Brom comes up on Thursday and Arsenal could be under intense pressure in the buildup to that game with Man City taking on Newcastle and Manchester United potentially reducing the gap to one point if they win Crystal Palace in midweek.

Playing against West Ham away was never going to be an easy task, bearing in mind that their last loss at home was away to Bournemouth as far back as August. Arsene Wenger stuck to his guns by sticking with the same team that had been victorious against Everton and Watford so a lot was expected of them.

Everything seemed to go according to when some Alex Iwobi magic allowed the Gunners to run away with a two goal lead. The first goal was from Mesut Ozil after he was located by a sumptuous pass from the young Nigerian. The German still had to maintain his composure before placing the ball past the onrushing Adrian.

Iwobi was instrumental in the second goal as he dinked the ball to the Chilean maverick that scored his second goal in two games.

2-0 up, everything seemed right but in typical Arsenal fashion, the lads capitulated just minutes before halftime. We’ve always known that Andy Carroll can be a handful and his aerial threat was always going to be a problem but sadly, the team didn’t have a game plan for the English bulky forward. Carroll got his first on the night when he headed a lofted cross past a hapless David Ospina. The defense went to sleep again as Carroll had two bites at the cherry to level the contest.

Going into the break level on goals with West Ham was highly disappointing but conceding a third from the same predictable format was disheartening. The Gunners probed for an equalizer and finally got through Laurent Koscielny but the injection of Aaron Ramsey, Olivier Giroud and Theo Walcott did nothing to aid Arsenal’s attacking cause. The Welsh Jesus had the one chance on the edge of the area that was blocked by Winston Reid.

At the end, the spoils were shared in the last London derby at the Boleyn Ground but from an Arsenal perspective, the title race is well and truly over. As it stands, Arsenal’s only ambition would be to celebrate St. Totteringham’s day and they would be hoping that Tottenham gets a bad result against Manchester United today.

A valid argument was raised over the selection of David Ospina over a fit-again Petr Cech, but Arsene Wenger shared his thoughts on that issue,

This is quite disappointing from the boss if you ask me. Cech has a more dominant presence than Ospina and I believe that he would anticipated a couple of crosses before they reached its intended target, Carroll, but Ospina, like many times in the past, always chooses to remain on his line and times without number, he’s always beaten.

It’s really sad to see what the season that promised so much has turned into and I’m really disappointed with the way everything has panned out. Enough ranting for one morning though.