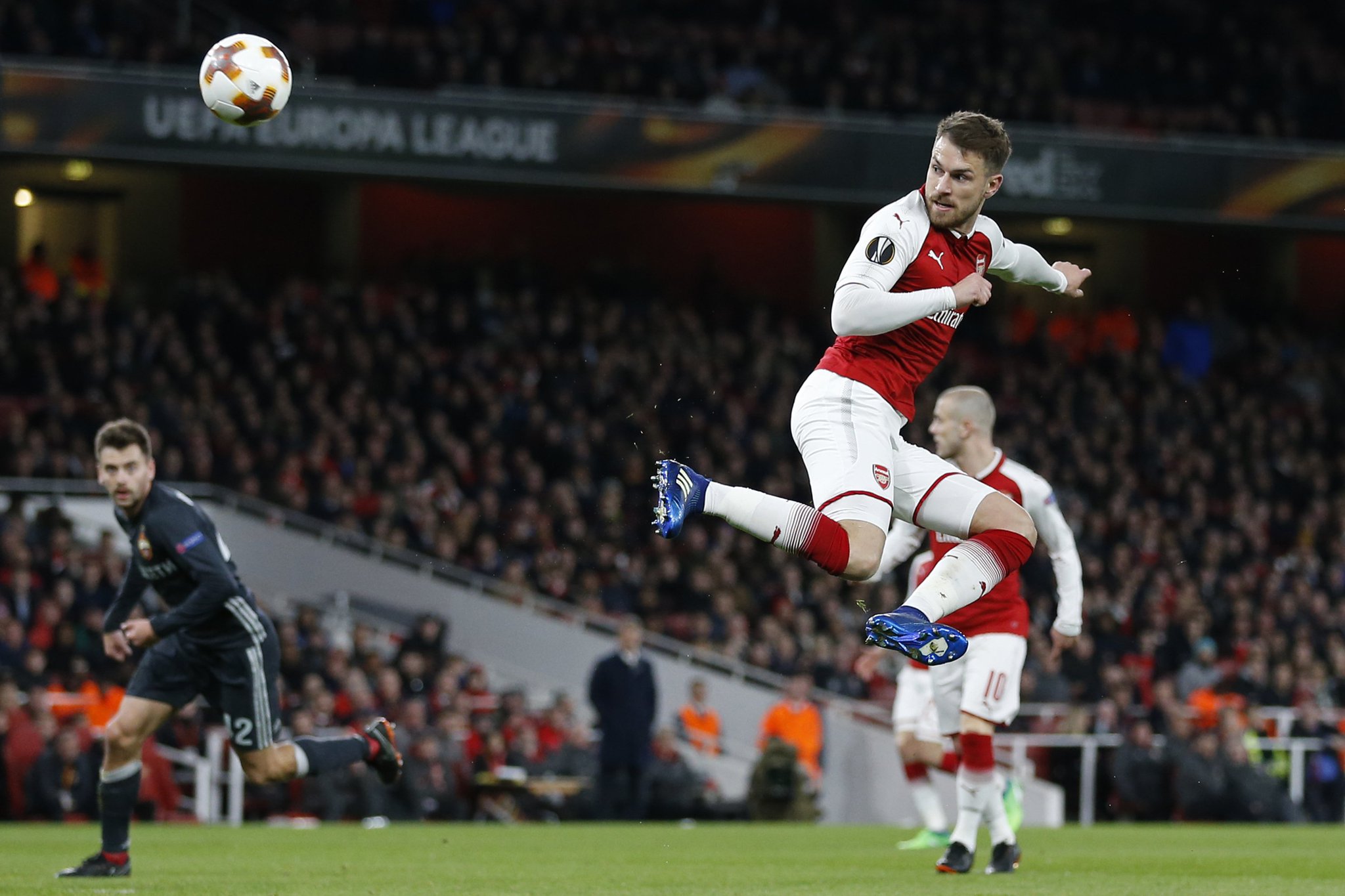 With the change in the fortunes of the Gunners winning four games on the trot and keeping three clean sheets, it was important to get a positive result against a CSKA Moscow side that denied Olympique Lyonnais a chance of a dream final in their home stadium. History was made as the CSKA stalwarts, Igor Akinfeev, Vasili Berezutkiy and Alexei Berezutkiy played against the Gunners again, 12 years after clashing with them in the Champions League. Of course, the Berezutkiy twins, 35, are approaching the twilight of their careers but pairing them with Sergiy Ignasevich, 38, meant that the CSKA defense had a combined age of 108 years. I guess Gianluigi Buffon, Giorgio Chiellini and Andrea Barzagli have nothing on these guys.

An early goal was important to calm the nerves of the home side and it was duly delivered when Hector Bellerin’s drilled pass was dispatched with some aplomb by Aaron Ramsey. Despite his attacking prowess, Bellerin doesn’t rake up much positive numbers in attack so it was good seeing the young Spaniard get on the back pages for the right reasons this time, in the wake of all that has happened with him in this tumultuous campaign. Arsenal were pegged back with a piece of individual brilliance from Golovin but it must be pointed out that the equalizer from CSKA came on the end of some terrible defending with a shambolic clearance from Skhodran Mustafi and an idiotic foul from Laurent Koscielny. Petr Cech was helpless in goal as Golovin swung his free kick over the wall and into the net.

That goal gave the visitors some form of confidence but Arsenal regained the lead when Mesut Ozil was scythed down in the box but Smonnilkov to give the Gunners their third penalty in two games. For a team that hardly wins spot kicks, I must say I’m very happy about it. Up stepped Alexandre Lacazette to take a higher pressure penalty than the one he dispatched on Sunday but the result was the same – an Arsenal goal and you could see the relief in his celebrations.

Then came the best goal of the night and possibly a contender for the Europa League goal of the tournament. After some intricate passing play, Ozil lofted a sumptuous ball over the CSKA defense for Aaron Ramsey. The Welsh Jesus noticed Akinfeev off his line and had the audacity to dink the ball over the Russian goalie with the sexiest of touches you’d ever see. The goal was better with each passing replay. The Gunners weren’t done with their blitz as Lacazette latched onto another Ozil killer pass and smashed it past Akinfeev to make it four in just 35 minutes. The Emirates went into raptures on such show of amazing attacking display.

The Gunners kinda took their foot off the pedal in the second but they still had a host of chances to kill the contest off. Ozil’s creative juices were on full flow all night as he swung in a pass that left the CSKA defense for dead and found Henrikh Mkhitaryan but his finish was poor to say the least. The Armenian suffered a blow on the knee and when he signaled to the bench that he wants to be changed, I feared the worst. Alex Iwobi came on in his stead and the manager confirmed after the game that he’s out for Sunday’s clash with Southampton. Iwobi found Lacazette on the far post but the Frenchman’s attempted finish was way off the mark and even fell back to Iwobi embarrassingly.

In the end, it was a satisfying victory for the Gunners and they have a healthy advantage to take back to Moscow next week Thursday. Arsene Wenger’s side have one foot on the semis and it would take a capitulation in grand style for the Gunners to miss out on the semis.

The mood is really good at the Emirates and with relegation-threatened Southampton coming to town, we can only lick our lips in anticipation of another victory.

Feels good to return to writing about Arsenal. I hope I can remain consistent this time.