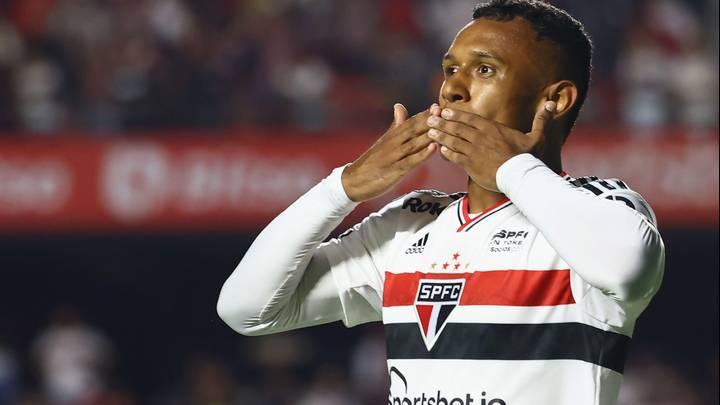 Arsenal, like every football club, are looking to keep improving their squad in terms of quantity and quality, to cope with the rigors of a grueling Premier League and Europa League campaign, that has a World Cup bundled in between. With the club announcing its out of contract players, with the most notable name being the Lyon-bound Alexandre Lacazette, the club is expected to make some attacking signings, with Gabriel Jesus dominating the headlines.

However, the Gunners have made some moves in the transfer market and have confirmed the signing of Brazilian starlet, Marquinhos, for what is believed to be around £3m. The club’s Technical Director, and Chief Brazilian Recruitment Manager, Edu Gaspar, had some nice words to say about the new boy,

“We’re delighted to have completed the transfer with Sao Paulo, as Marquinhos was a player we had been watching for a while. At 19, he is still very young, so he is a player for the future. We look forward to Marquinhos now joining us for pre-season, making his new home, and continuing to grow and develop with us.”

Marquinhos arrives at the club around the team Nicolas Pepe is likely to leave, but the club linked with the likes of genuine Premier League talent like Raphinha and Jarrod Bowen, it’s most likely that Marquinhos will get a runout in competitions like the Europa League, FA Cup and Carabao Cup, while the club’s talisman, Bukayo Saka, will be the first name on the team sheet in the Premier League.

I haven’t seen Marquinhos play and had to make do with a YouTube compilation to see him strut his stuff, but I think about the recent signing of Gabriel Martinelli from Ituano, and I have some hope that he could turn out to be a great signing for the club. For starters, he would understudy Saka and learn from such an intelligent mind, while working with what Mikel Arteta would share with him on the training ground.

I’d expect him to be an impact sub in the league and I’m sure Arsenal fans would give him some slack as he adapts to life in a new footballing environment.