After a hiatus from the international break, Arsenal and Tottenham will lock horns in the North London Derby which will have a huge significance at the top of the Premier League table. The Gunners are currently at the summit of the division, with the defending champions, Manchester City, breathing down their necks. However, Mikel Arteta’s men have a very stiff test against Tottenham, a team still unbeaten this season.

When the Gunners faced their fierce rivals late last season, it was the crowning moment in the intense battle for UEFA Champions League qualification that saw Mikel Arteta’s outfit fall short in what was supposed to be their game of the season. Fast forward a couple of months down the road and it is the North London Derby again, with the Champions League picture in the spotlight, yet again.

The Gunners have a lot of fitness concerns, with one of the North London Derby heroes from last season at the Emirates, Emile Smith-Rowe, undergoing surgery to repair a damaged tendon in his groin, which will sideline him till December 2022. There were also concerns over the fitness of Oleksandr Zinchenko, Thomas Partey and Takehiro Tomiyasu, that had reduced involvement from their international teams over the break.

One player that is fired up for the North London Derby is the new alpha male in the attack, Gabriel Jesus, keen to impress on the grandest stage,

“I’ve played a few derbies before and I can feel what it means to play a derby game. “Of course, I’ve never played here before! The north London derby will be my first and I want to win, like every game.

“I understand it’s a derby – it’s a game different from most – but at the same point, it’s a game. It’s a game we have to focus on and do our job. Because we are playing at home, we have to think about just doing our game. It’s our home.”

In as much as we want Jesus to go all out for this game, we have to bear in mind that he’s on four yellow cards in seven Premier League games, which essentially means that another booking would see him miss the monumental fixture against Liverpool, a team that has had the better of the Gunners in recent seasons. 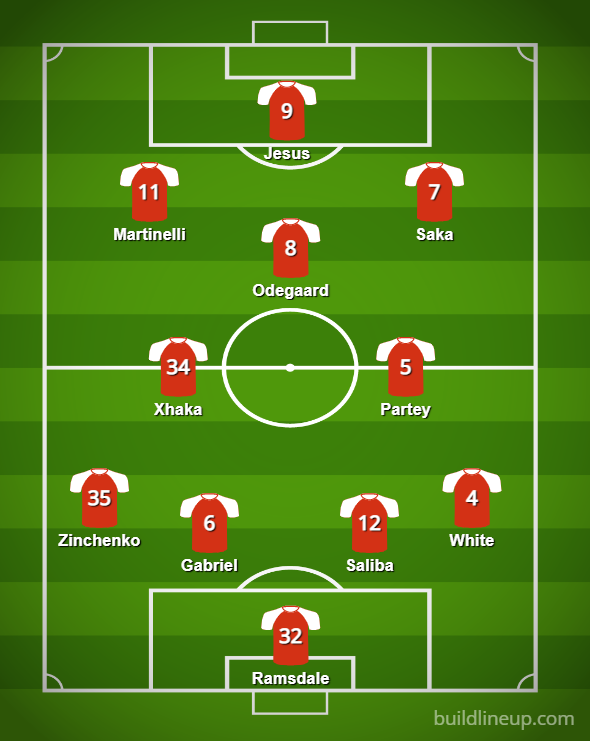 Antonio Conte’s men have been the dark horses of the campaign so far, winning five of their seven games, while remaining unbeaten. They were close to the doldrums in their London derby against Chelsea, but their talismanic striker, Harry Kane, salvaged what proved to be a match leveler, as Conte and their former gaffer, Thomas Tuchel, had an altercation at the end of the game.

Despite the poor form of their star forward, Heung-Min Son, Tottenham continued to the rake in the Ws, and the South Korean finally found his feet with a hat-trick in 15 minutes, coming on as a sub to absolutely destroy the hapless Leicester City. Conte will have some concerns over the fitness of Dejan Kulusevski, who picked up a knock on international duty. However, the Italian manager can count on his new signing, Richarlison, off the back of scoring a brace for Brazil on international duty. 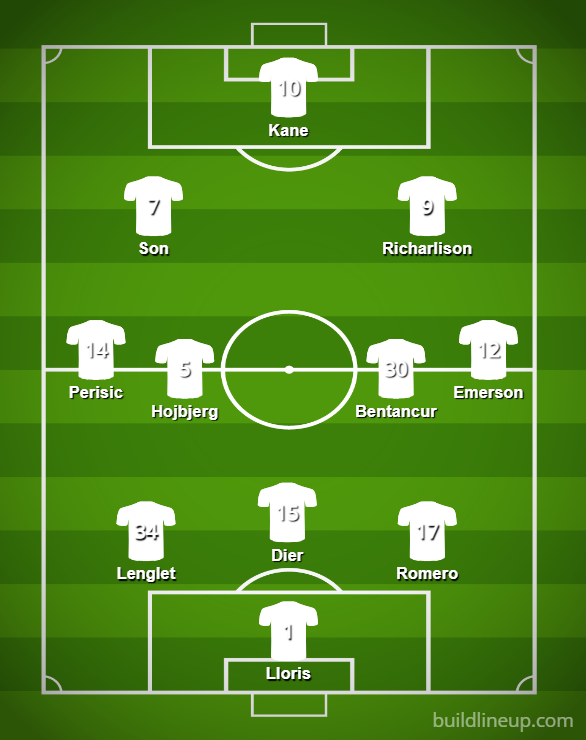 Emile Smith-Rowe: More Challenges to his Form and Fitness

Emile Smith-Rowe was one of the standout performers for the Gunners last season, scoring 11 goals in 37 games, with 10 in the Premier League. He also carried his good form on the international scene, making three appearances for England and scoring one goal in the 10-0 drubbing of San Marino. Smith-Rowe was a regular fixture for Mikel Arteta with a certain Gabriel Martinelli itching for a chance to strut his stuff, and following a bout with COVID, Smith-Rowe lost his place to Martinelli, and had to make do with recurrent substitute appearances, where he kept scoring week after week.

Losing his place to Martinelli didn’t bode well for Smith-Rowe and he failed to regain the early season form that saw him cement his first team berth in the side. His fitness continued to be a thorn in his flesh and he managed to finish the campaign with a personal best of 11 goals.

Fast forward to the new season and Smith-Rowe didn’t get much preseason game time in compared to Martinelli, and this was evident in the team selections for the new campaign with Martinelli being an ever-present in the side, while Smith-Rowe had to make do with four substitute appearances against Leicester, Bournemouth, Aston Villa and most recently, the team’s only defeat of the campaign to Manchester United. Smith-Rowe was odds on to get his first start of the campaign in the Europa League win over FC Zurich, but his injury problems ensured that he missed that game.

Arsenal has confirmed that Smith-Rowe has undergone surgery on his groin, as the player had been experiencing some discomfort, which clearly affected his training and ultimately, first team appearances. The club has also confirmed that his rehabilitation program has commenced and he will be out to December 2022 at the very least. Club gaffer, Arteta, had voiced his frustrations of Smith-Rowe’s unavailability earlier in the season,

“He’s a kid that loves playing football. It’s the biggest thing in his life. And when he’s not capable of doing that, especially after the run of games and performances that he had with us the year before, it’s just difficult.

“But injuries are part of football that you’re going to get at some stage of your career. It’s how you face those difficult moments and now you make the next step.”

Smith-Rowe’s injury will cement Martinelli’s first-team status in the team for the foreseeable future, but Arsenal has to look from within to cover the gap between now and the World Cup break with the games coming thick and fast. Eddie Nketiah and Gabriel Jesus are adept playing on the left wing, but this injury paves the way for a certainly forgotten figure, Reiss Nelson, that has been on the trenches for the entirety of his Arsenal career.

I would expect Martinelli’s minutes, especially in the Europa League, to be managed, so Nelson can use that competition as a platform to showcase his talents again to at least give the manager something to think about, or just audition himself for a potential buyer in the January transfer window.

I hope Smith-Rowe recovers well from this injury and focus on his football in the turn of the new year.

Pandemonium at the Emirates!!

With Manchester City’s win over Crystal Palace propelling them to first place, Arsenal knew that only a victory against Fulham would keep their 100% record intact and take them back to the summit of the league. The Gunners’ caused wasn’t helped with the fact that there were some injury absences from Thomas Partey (tight thigh) and Oleksandr Zinchenko (sprained knee). Partey missed a considerable chunk of game time last season due to these same thigh issues, so it’s really a concern with the crunch clash against Manchester United in the horizon. However, Arsenal had good squad depth to compensate for the injury absences with the introductions of Kieran Tierney and Mo Elneny.

Fulham arrived at the Emirates in good form as well as going unbeaten, following two draws against Liverpool and Wolves, as well as last gasp win over Brentford, and all eyes were on their talismanic striker, Aleksandar Mitrovic, that had scored three goals in his first three Premier League games. The game also saw ex-Gunner, Bernd Leno, return to a place he once called home, and all eyes were on the big German to see if he could activate his inner Manuel Neuer, as all ex-Arsenal keepers do when they come to the Emirates.

Arsenal had the chance to open the scoring when Martin Odegaard swung in a sumptuous ball for Gabriel Jesus who cushioned a goal-bound chance for Granit Xhaka but the Swiss maverick didn’t connect well with the ball and guided it wide. With Xhaka in a more advanced role this season, we have seen the Swiss midfielder have so many touches in the box, as well as a goal against Leicester and a couple of assists.

The clearest chance of the game occurred late in the first half when Bukayo Saka was clean on goal, but the Fulham shot stopper, Leno, was on hand to make a big save. I know it’s just four games into the new campaign, but Saka hasn’t seemed to kick into the next gear, and we will need him to start firing soon, especially with Nicolas Pepe leaving the club to OGC Nice.

Fulham got the first goal against the run of play when Gabriel Magalhaes dallied on the ball in front of his box, got robbed by Mitrovic, who wasted no time in slotting the ball past the onrushing Aaron Ramsdale. It was a terrible goal to concede in all ramifications, bearing in mind that Arsenal was on the ascendancy with Leno making two fine stops from Odegaard and Jesus, but the lads kept pushing and the home fans rallied their players on. The Gunners got the goal their play deserved when Odegaard latched onto Saka’s ball and blasted a shot that deflected off Tosin Adarabioyo’s shin which went past the petulant Leno.

That goal lifted the spirits of the Arsenal faithful and it was all about going for the kill, but Fulham weren’t pushovers. Fulham almost grabbed an unlikely winner when Ramsdale made an outstanding save from a Mitrovic point blank header, with Ben White blocking the rebound from De Cordova-Reid. Arteta brought on Eddie Nketiah for Tierney, making loads of tactical switches that saw Jesus move to the left, Martinelli to the right and Saka to left back, but eventually he switched back to default mode and the Gunners kept on pressing till they got the breakthrough in the 85th minute.

Martinelli, whose deliveries left a lot to be desired in the course of the game, swung in a delightful corner that was attacked by William Saliba and Leno. The German goalie came out second best and Gabriel was on hand to side foot the ball into an unguarded net, sending the Emirates to raptures. There was some level of anxiety when the VAR folks did their thing, but in the end, it was given and Arsenal got a vital lead. After what seemed like an eternity of stoppage time, the ref’s whistle was like music to the ears of everyone connected with Arsenal, as sheer elation took center stage, with the Gunners returning to pole position in the Premier League.

Rewind to last season and Arsenal was just winning their first game of the season against Norwich following their shambolic losses in a row. Oh! How things have changed at the Emirates.

Something is brewing in this Arsenal side and you can see the togetherness of the lads, management and fans. When Saliba scored an unfortunate own goal against Leicester, everyone rallied around him, encouraging him and lifting his spirits, and he went on to have a stellar game. Gabriel is a great player no doubt, but he has these moments when he loses concentration in critical periods, which go unpunished more times than not, but yesterday was different as it was a glaring error that led to a goal. He played like a man on a mission from that moment onwards, with support from everyone around him, and it was really pleasing to see that he turned out to be the man that secured a gritty victory for his side. Kudos to him