← Arsenal Fans’ Reactions to the Signing of Danny Welbeck
Can Arsenal Challenge for the 2014/15 Premier League Title? →

With the transfer window finally shut and the international break setting in, it’s time to sit back and review Arsenal’s business on both ends as well as taking a close peek on what the Gunners title rivals did as well.

Using the order at which the teams finished in the Premier League last season, Gooner Daily will start the transfer assessment of the defending champions, Manchester City.

Winning the title for the second time in three season must have been a magnificent feat (despite spending xxxx-llions) but this time, Manchester City made some astute signings, while complying with the strict FFP restrictions imposed on them. In Fernando, they have gotten one of the most tenacious midfielders in the game and it’s no surprise that he’s keeping Fernandinho out of the side. Eliaquim Mangala is another player with a point to prove and with the media making so much fuss about Vincent Kompany not getting a decent defensive partner last season, Mangala might be the real deal.

The club also managed to get rid of some deadwood to free up a considerable amount of wages.

Having Luis Suarez and Danny Sturridge fit for the entirety of last season (Sturridge had a brief spell out injured) was beneficial to Liverpool’s title challenge last season but with the club set to face the rigors of the Champions League, Brendan Rodgers went on one hell of a spending spree.

A worthy replacement for Suarez?

With Suarez basking in the sunshine of Catalonia, Sturridge has risen to the status of being the team’s main man in attack but in Mario Balotelli, Liverpool has gotten themselves a talented individual that can come up with the goods when the chips are down. Adam Lallana is another exciting prospect but he has to get his injury problems behind him before he can make his mark, bearing in mind that Raheem Sterling is a star on the ascendancy.

Losing Suarez was a bitter spill to swallow but he carried all his baggage with him but the English Press would be hoping that he left some leftover baggage for Super Mario. The quality acquired should at least be enough to fill the Uruguayan’s boots. The loss of Daniel Agger would be softened by the acquisition of Dejan Lovren but with Martin Skrtel injured, they look bereft of options in center back.

Any time I think of Cesc Fabregas’ sumptuous passes in the Blue of Chelsea, I still get that awkward feeling but then again, that’s football. 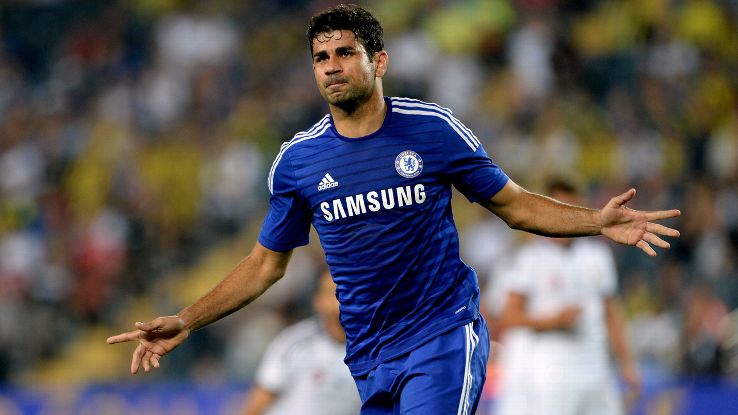 He has began his Chelsea career with a bang

With Chelsea renowned for having a relatively large squad, Jose Mourinho decided to fix the parts of his team that struggled badly throughout last season – attack. In came Diego Costa, Didier Drogba and a long-term Arsenal target, Loic Remy. There was also an opportunistic signing in the form of former Gunner, Cesc Fabregas, that has settled to life in West London as if it was North London.

The club also managed to sell the erratic David Luiz for an astronomical amount of money, which still bewilders and perplexes me till today.

Winning the FA Cup was to serve as a platform for the Gunners to push on for greater things and with the big-money deals taking center stage, the club could finally flex its financial muscles.

Not the marquee striker everybody wanted

The Gunners continued their “replacement policy” in some positions but in Alexis Sanchez, they signed a player that gave a lift to the squad. However, while the failure to get a younger and more energetic holding midfielder was disheartening, not getting a replacement center back after the captain was sold was ludicrous. The Gunners have just six recognized defenders going into the new campaign and they are meant to challenge for four fronts. They are a defensive injury or suspension away from disaster.

Roberto Martinez was a few games away from qualifying for the Champions League in Arsenal’s stead and that would have been a shocker. However, his team buckled when the going was tough but finishing in fifth place with such a squad in his disposal was amazing. 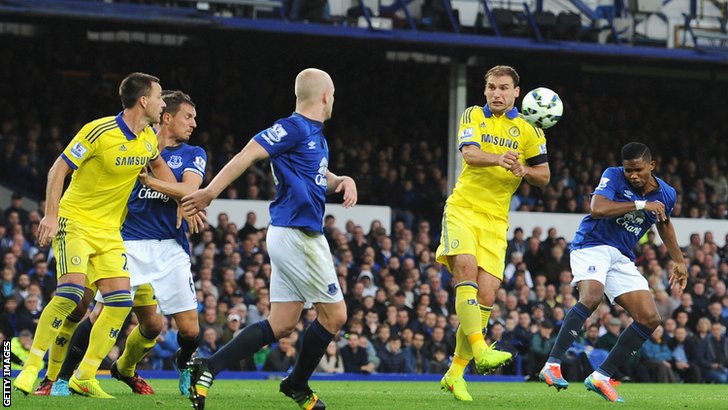 Romelu Lukaku was a player that stood out for the Merseysiders last season and they went beyond their means to seal a permanent deal for the Belgian powerhouse, that has strived to pick up where he left off last season. They also secured a permanent deal fro Gareth Barry as well as snapping the experienced Cameroonian, Samuel Eto’o on a free transfer.

Their decision not to cash in on Leighton Baines and Seamus Coleman have also proved to be stroke of genius and as expected, the fullbacks have been directly involved in Everton’s attacking play with Baines providing an assist while Coleman scored the Gunners and created an assist too.

St. Tottenringham’s Day will be a lasting memory and it’s odds on to continue this season but under the tutelage of Mauricio Pochettino, Tottenham has changed for the better, even though they had a setback against Liverpool last weekend.

Dier has been a superb addition to Spurs

Pochettino tried his best to snap some players from his former club but it proved to be futile attempt. However, he made some good signings with Eric Dier coming into the spotlight following his goals against West Ham and QPR. He unfortunately conceded a penalty in the recent defeat to Liverpool. Tottenham also managed to flush away some of their fringe players to free up wages.

After going through such a tumultuous campaign last season, Manchester United employed the experienced Louis van Gaal in their bid to return to the glory days. They also gave the manager the license to spend large wads of cash and boy, did he spend it!

Manchester United are still struggling to find their feet this season (probably due to the spirit of David Moyes lingering in Old Trafford) but with the signings they’ve made this summer coupled with the fact that they don’t have any European campaign, I see the Red Devils challenging for the title. In Falcao, they have one of the most predatory forwards in the business and I’m sure that he’d turn out to be a great piece of business.

The table below shows the transfer window assessment for the teams

Do you agree with these ratings?

← Arsenal Fans’ Reactions to the Signing of Danny Welbeck
Can Arsenal Challenge for the 2014/15 Premier League Title? →