Reviewing the Gunners Featuring at the European Championships 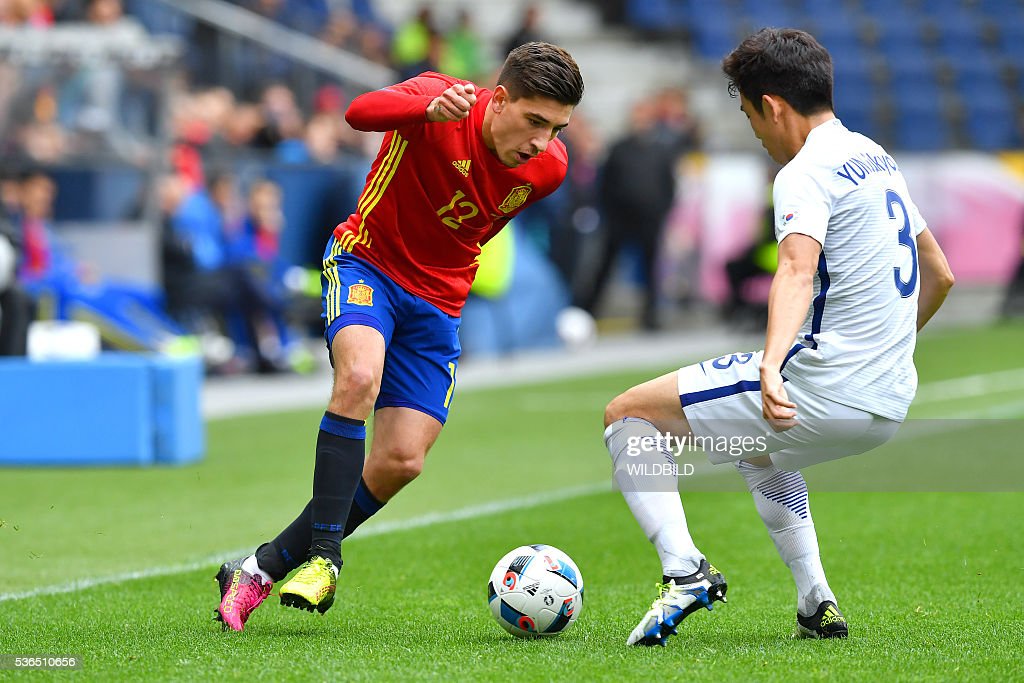 With Euro 2016 just eight days away, all national coaches have selected their 23-man squads for the tournament with the Premier League having the highest contingent with 103 players. The German Bundesliga boasts of 57, Italian Serie A 52, Turkish Super Lig 35, Spanish La Liga 34 and so much more.

Arsenal has contributed its quota to the Premier League’s high count in the competition and it’s high time we have a quick review of the Gunners that were selected to feature for their nations in the tournament.

The legendary goalie continues to break records on the go. Czech legend, Karel Poborsky had kept 118 caps for his nation but the record was broken by Cech in Czech Republic’s 6-0 trouncing of Malta. The goalie took his tally to 120 caps in the Czech’s victory over Russia – a game where former Gunner, Tomas Rosicky, scored for his nation.

Rosicky has served the Czech Republic since 2000 and his goal against Russia was his 23rd in 102 caps.

The Spanish fullback has been on the rise this season, following his breakthrough 2014/15 campaign and with Matt Debuchy chickening away to Bordeaux, the right back berth was his for keeps. He notched up 44 appearances last season, making himself a mainstay in the team.

Fortune smiled on Bellerin when Dani Carvajal picked up a nasty injury in the Champions League final, paving the way for the young lad to be selected for the La Furia Roja. He made his senior debut in the 3-1 win against Bosnia and provided his first international assist in the 6-1 demolition of Korea Republic.

It’s going to be an interesting battle between Bellerin and the more experienced Juanfran, still fresh from his heartbreak in the final at San Siro.

With the host nation suffering a defensive crisis ahead of the tournament, a lot will be expected from Laurent Koscielny in the heart of that French defense. He recently featured alongside Adil Rami in the 3-2 win over Cameroon. Olivier Giroud scored a wonderful goal in that game.

There would be some pressure on Giroud to come up with the goods especially in the wake of Karim Benzema’s comments that he was neglected from the national team selection because of racism. Last time I checked, he was involved in a blackmail sex scandal with his teammate, Mathieu Valbuena, who by the way, was also neglected by Didier Deschamps. When you have another winger like Dimitri Payet doing this, who needs a hobbit called Val Baggins

Many Gunners are looking forward to watching Xhaka in action especially with the club coughing out a whopping 35m for his services. Xhaka reminds me of how the Gunners snapped up Rosicky before the 2006 World Cup and the fans kept a keen eye on the Czech maestro. Xhaka played 90 minutes for Switzerland in the narrow defeat to the top European nation, Belgium and he has a final warm up game against Moldova before the tournament.

This YouTube clip focuses on his performance against Belgium

Then there is a certain Rodriguez that has been on the spotlight following the info from the press that he could be available for 19m, which in my opinion, is a steal. These things aren’t cast in stone though. The fact that Arsenal is ‘interested’ doesn’t mean they’d get him.

The Three Lions are hoping to end their stench of under achievement with this tournament and Jack Wilshere will have a part to play. He made his first start for his nation since June 2015 in the win over Turkey.

He played against in the victory over Australia with Marcus Rashford stealing all the headlines. England’s final warm up is against Portugal tonight.

Ozil has been a regular for Joachim Loew’s side for as long as he can remember and he has garnered a lot of international experience, featuring in two World Cups and one European Championship. With 72 German caps to his name, Ozil will be hoping to add to that tally as well as ending the campaign with some silverware.

Ozil played no part in Germany’s shock home loss to Slovakia and I’m sure he’d get some minutes in the fianl warm up game against Hungary before the tournament begins.

The Welsh Jesus has gone blonde! This is an iconic tournament for the Welsh national team as they are playing at this level for the very first time. Ramsey has scored 10 goals in 38 games for his nation and he’d be hoping to provide the ammunition Gareth Bale needs to fire the Dragons to glory.

He was shipped out on loan to AS Roma, making 39 appearances and helping the Giallorossi to a third place finish, which ensures that they play in the Champions League playoffs to qualify for Europe’s elite competition. Szczesny suffered heartbreak in the Coppa Italia Round of 16 where Roma crashed out to lowly Spezia on penalties. In Europe, they qualified from a group that had Barcelona, Bayer Leverkusen and BATE Borisov but they were thrashed home and away by Real Madrid.

Szczesny will currently be focused on the Euros. His future will be sorted out when he returns.

I will keep a close eye on the Gunners in the course of the tournament, so expect updates from me.